According to Indian Meteorological Department (IMD), Delhi will witness a severe heat wave till Friday and the temperature will continue to soar in the range of 45-47 degrees. The Department has already declared a Red Alert in the city so that the service providers and the government agencies can plan things in advance for the overall public good.

“We witnessed the hottest day since 2002 on Tuesday in Delhi. This has resulted in an unprecedented increase in the power demand as more and more consumers switched on their air conditioners. However, we were successful in meeting the peak demand without any constraints. We have made adequate arrangements of power of up to 2500 MW along with contingency planning, through long-term tie-ups, bilateral imports & power banking arrangements with other states and assure our consumers 24×7 power supply in this harsh summer season.” said Mr. Ganesh Srinivasan, CEO, Tata Power-DDL. 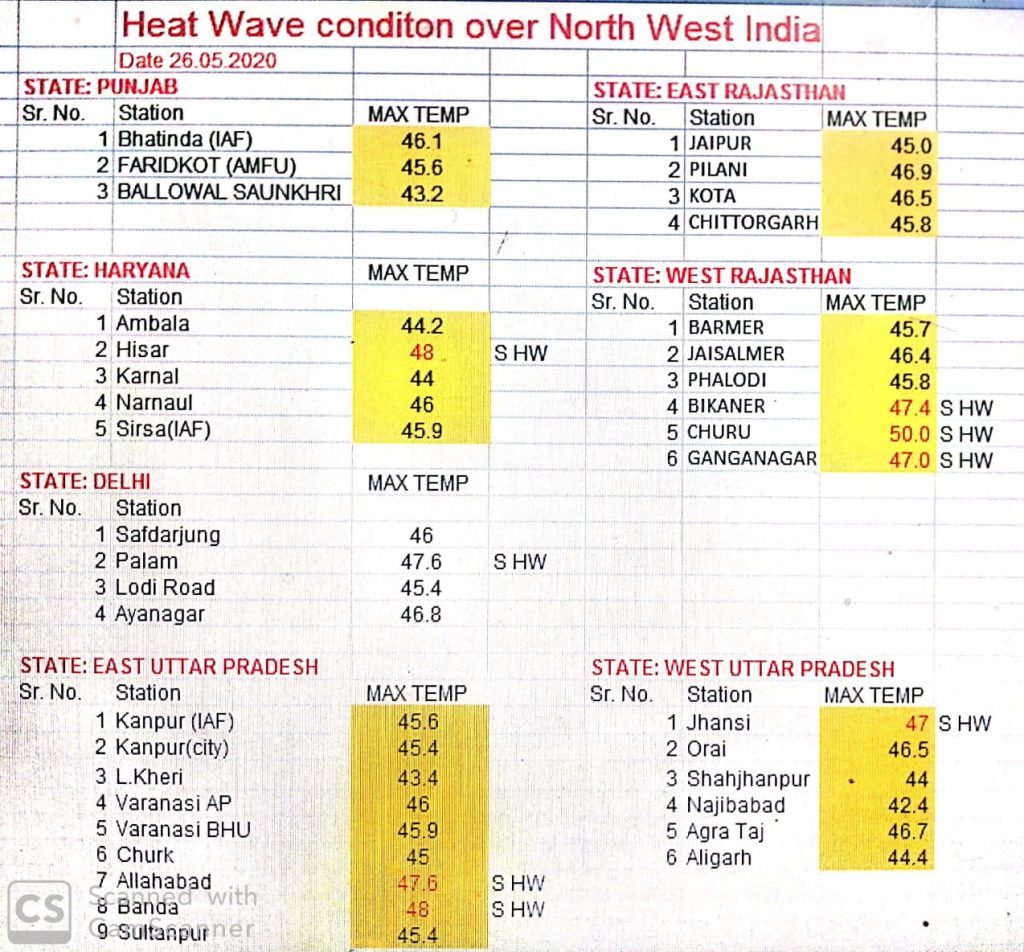 “Heat wave at most places with severe heat wave prevailed over West Rajasthan, West Madhya Pradesh, South Haryana, Delhi, south U.P., North MP and Vidarbha. These conditions likely to continue till 27th May and start receding from 28th May with major respite from 29th May”, IMD stated.

Tags:
Previous Article
Dr. Harsh Vardhan Elected As Chair of Executive Board of WHO For 2020-21
Next Article
Home Care Is The Upcoming Solution Post COVID19: Experts