Deprecated: _default_values is deprecated since version 4.0.0! Use options_class->default_values() instead. in /home/zywsvzec/public_html/wp-includes/functions.php on line 5316
 Suryodaya Scheme Gets Developed To Curb Drug Menace In Delhi - The Health

Suryodaya Scheme Gets Developed To Curb Drug Menace In Delhi 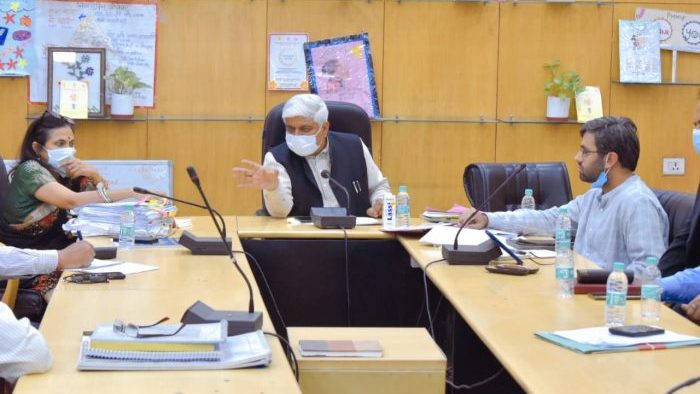 Minister of Women and Child Development Shri Rajendra Pal Gautam chaired a high-level meeting with the department officials regarding the progress and implementation of the Suryodaya Scheme. The scheme has been developed to curb drug abuse in the National Capital especially among youth through rehabilitation.

The main concern of the Minister of Women and Child Development was the effective rollout and implementation of the scheme. The minister pressed upon the need to successfully rehabilitate victims of drug abuse and their families.

“The youth of this country have become victims of drug abuse. Children as early as the age of 10 and 11 have become victims of drug abuse. This is the failure of society at large from parents, schools to enforcement agencies in preventing the child from falling into substance abuse. We will create a robust ecosystem for a drug-free childhood,” said Shri Rajendra Pal Gautam.

He also said that it is important to effectively monitor, evaluate and implement the best programs by all the agencies to rehabilitate victims of drug abuse. All stakeholders from various departments, such as education, social justice, police and law enforcement support and child rights commission need to work in close coordination.

The Women and Child Development Minister said, “All the agencies should come together and work for a community-based implementation of the Suryodaya Scheme. We not only need to rehabilitate the child who is a victim of drug abuse but also provide counselling to their families.”

In July 2021, Shri Rajendra Pal Gautam had inaugurated Suryodaya Kendra, a one-stop centre for drug de-addiction in Delhi. The one-stop centre rehabilitates victims of drug abuse through counselling, among others.

Read also: 20 Anti Smog Guns To Be Installed For Curbing The Increased Pollution Levels In Delhi