Deprecated: _default_values is deprecated since version 4.0.0! Use options_class->default_values() instead. in /home/zywsvzec/public_html/wp-includes/functions.php on line 5316
 Docs At Fortis Saved A Man’s Heart Which Got Ruptured by Metallic Stent Inserted in The Liver - The Health 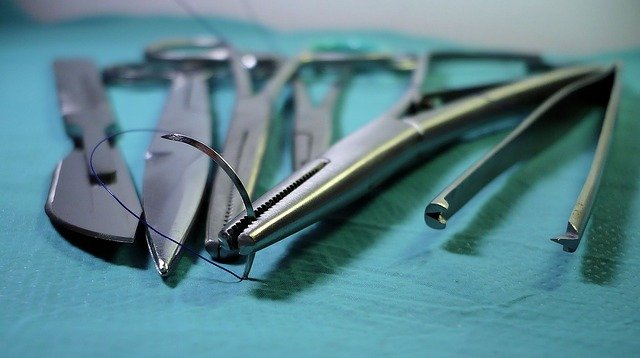 Doctors at Fortis Escorts Heart Institute successfully operated on a 35-year-old male patient, Mr. Sanjay Roy, suffering from an extremely rare heart condition. He developed a large hole inside his main arterial pipe called the “aorta” and it caused by a metal stent which was placed inside a vein in the liver.

This metal stent slowly migrated from the liver through the vein into the right side of the heart (called Right atrium) and then subsequently ruptured the aorta. The metallic stent had been placed inside his inferior vena cava (the main vessel to receive blood from the lower half of the body) as he had previously been diagnosed with a liver condition, ‘Budd chiari’ syndrome. A team of doctors led by Dr. Ritwick Raj Bhuyan, Director, Cardiothoracic Vascular Surgery, Fortis Escorts Heart Institute and Dr. Vivudh Pratap Singh, Consultant, Interventional Cardiology, Fortis Escorts Heart Institute performed the surgery.

On presentation, the patient was exhibiting severe symptoms of heart failure, deranged liver function and low platelet count. His surgery was very challenging as the metallic stent was totally buried inside his vein in the heart. His right sided heart became almost like a large football due to right sided valve failure and an excessive blood flow to the right heart. This condition is called a shunt where blood flows abnormally inside the heart from one chamber to the other.

The main challenges in this surgery were very high risk of heart rupture, uncontrolled bleeding and liver failure after surgery. In general, surgery of this nature has only 30% chance of survival. Moreover, this was extremely rare and there were definite guidelines in the textbook or journal. His heart was stopped using a very advanced technique and the metallic stent was cut and trimmed, his aortic rupture was closed and his right sided heart valve was repaired. This whole marathon surgery took almost 9 hours with a team of 12 doctors and paramedics.

Dr. Ritwick Raj Bhuyan, Director, Cardiothoracic Vascular Surgery, Fortis Escorts Heart Institute said, “Mr. Roy had visited several hospitals for treatment; however, he had been denied the same as this was a very complicated case. The metallic stent which has been placed in his liver had migrated to his heart and ruptured the main vessel of his heart. It is extremely rare for an IVC stent to cause a ruptured aortic sinus. He came to us with the complaints of uneasiness, breathlessness, and chest pain. We investigated and found that right chamber of the heart was ruptured. We operated and after 2 weeks Mr. Roy was discharged and had resumed his normal activities. According to published medical literature, such an incident has not previously occurred. As the patient had deranged liver and heart function, he will need cardiac rehabilitation for at least 3 months and should avoid alcohol, smoking and drink moderate amount of fluid.”

Dr. Vivudh Pratap Singh, Consultant, Interventional Cardiology, Fortis Escorts Heart Institute said, “It was a tough case to handle. The patient was suffering from a liver condition which is why he had to undergo stenting two years ago. The fact that the stent travelled to his heart and caused such a massive rupture is extremely rare and has not been previously heard of. We adopted a multi-disciplinary approach to operate and the patient has now recovered completely and resumed his normal routine.