Have you ever thought that conjoined twins attached from their heads can lead a healthy and normal life like other twins do? Even doctors those who conducted separation surgeries on conjoined twins i.e. Jagga and Balia about two years back, kept their fingers crossed.

On 6 September 2019, almost 4.5 years old separated Craniopagus twin brothers have left for their home in Odisha after a successful head separation surgery done by a multidisciplinary team of Doctors at the All India Institute of Medical Sciences (AIIMS), Delhi, who have made it a proud reality for India. 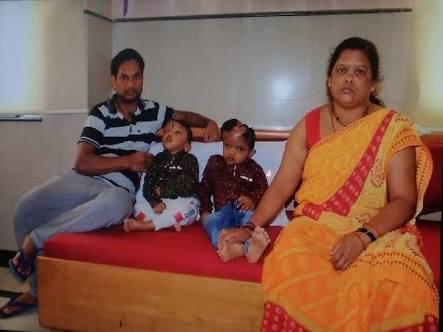 Post-surgery Jagga-Balia Sitting With Their Parents

AIIMS took the challenge to perform the separation surgery for Jagga and Balia. For medical fraternity, it was one of the biggest challenges to separate the twins.

On Friday, a team of three doctors (Dr Deepak Gupta, Neurosurgeon; Dr Girija Rath, Neuroanaesthetist; and Dr Kiran Kumar, Pediatrician) along with one nurse from AIIMS, Delhi will accompany the two children on their way back to Odisha via rail route.

Applauding this rare feat, Dr Harsh Vardhan stated that the doctors of AIIMS have demonstrated extraordinary talent, expertise, determination and compassion in achieving it. This is the result of meticulous planning and precision of thinking.

The final separation of the two children was successfully done on 25th October 2017 in an operation which lasted for 20 hours. Skin grafting and minor neurosurgical procedures were done for the twins to cover skin defects by the plastic surgery team over the next few months.

Post-surgery, Jaga and Balia are leading a normal life like other toddlers of their age. They were never breastfed because of the discomfort their mother faced during the feeding. Both can now sit individually and their mother can feed them food of their choice. The toddlers were fused at their brain and skull, a condition which is called Craniopagus twins.

Who are Jagga & Balia?

Jagga (Jagganath) and Balia (Balram) were conjoined twins from their heads since their birth. Such twins are called Craniopagus twins. They took birth through a normal delivery from a mother who hails from the Kandhamal district of Odisha. The two children have two elder brothers in Odisha. 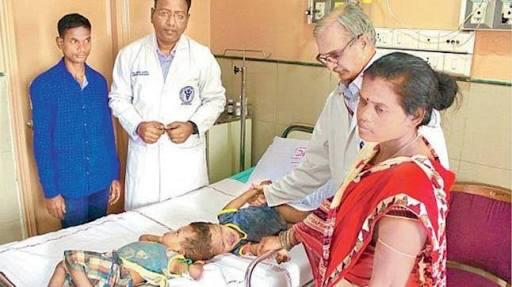 Dr. Harsh Vardhan said, “worldwide only 10-15 children have survived after surgical separation of this condition in the last 50 years. This is an extremely rare condition seen in 1 in 25 lakh live births and any kind of surgical intervention in this condition is associated with 75-80% risk of life to one or both children.”

The rarity of Craniopagus twins is such that only 2.5 percent of conjoined twins are craniopagus twins worldwide. Such cases are not reported by majority as most die soon after birth.

AIIMS Doctor Who Made India Proud:

Dr Deepak Gupta, professor of neurosurgery, one of the key doctors to perform separation surgery of two brains, said, “It was a complicated surgery. Because, it was surgical separation of two brains. We did multiple meetings with doctors across the globe. These twins shared not only brains but they were also sharing their blood circulation with one another. To any paediatric neurosurgeon, it is a once in a lifetime surgery.” 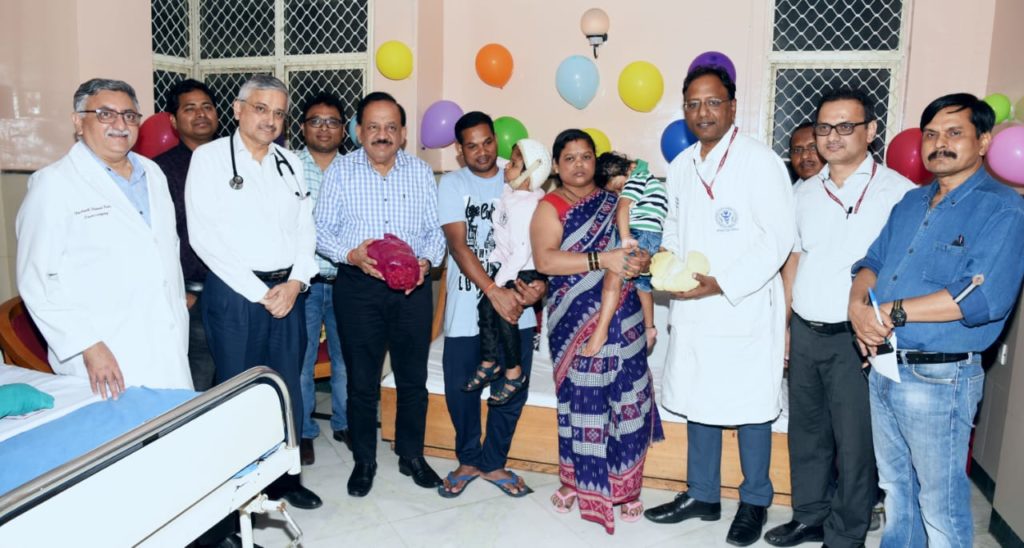 Jagga-Balia and Their Parents (Centre), Group of Doctors With Union Health Minister, Dr. Harsh Vardhan At The Time of Discharge

“We were prepared for any unforeseen event with crossed fingers. During the surgery, one child (Jagga) suffered cardiac arrest on the operation table and we thought that we have lost him. Our team of cardiologist started to resuscitated for 30 minutes. But, we remained focused and successfully managed to save Jaga and Baila,” said Dr Deepak Gupta.

“For the first time, a 3D brain model was developed which was true replica of brains of the kids to practice dry runs of the surgery prior to final surgery. We have also designed customized helmets for them, which kids have to wear,” he said.

Professor Gupta recalls that before the operation Jagga and Baila were very playful children and it was very difficult to identify them as to who is Jagga and who is Balia .

“Balia was somehow more jittery child and used to smile and interact less viz a viz Jaga who was smiling all the time and playful even when joined to Balia. There were moments when Balia was found crying and Jaga was either quiet or smiling while joined to Balia . This reflects complex intertwin sharing of emotions,” he said.

Support From The Odisha Government:

The Odisha government has provided continuous support to these two children right from the time of their admission to AIIMS, New Delhi and continue to do so.

Odisha government also gave financial aid to the AIIMS for the treatment of the twins, however, AIIMS returned the major amount of the aid to the government, Dr Gupta informed.

AIIMS authorities said that it was a good gesture from state government for the care of the children. AIIMS also extended full support to take care of these children over last 1 year.

These Odisha tribal toddlers gained attention and love from worldwide. Their parents have been staying at AIIMS private ward who have two elder sons residing at their hometown with relatives.

“I am thankful to the government extended their support to us and AIIMS doctors who are our ‘heroes’. People across the country have prayed for my kids. We are blessed to have my kids playing individually now and seeing them growing together. They are called now  “AIIMS Delhi Jagga and Balia” said mother of twin boys.

The two children will be initially kept in SCB Medical College Cuttack for a few weeks for rehabilitation and supportive care.

Dr Gupta informed that while Jagga is developing well in all the domains on neuropsychological assessment and can join special school in Odisha immediately after going to his home state.

“Balia remains neurologically disabled with profound intellectual impairment. He requires long-term rehabilitation care and needs nurturing and loving care as assessed by the neuropsychologists,” he said.