India Conducts Over 1 Million COVID19 Tests In A Day 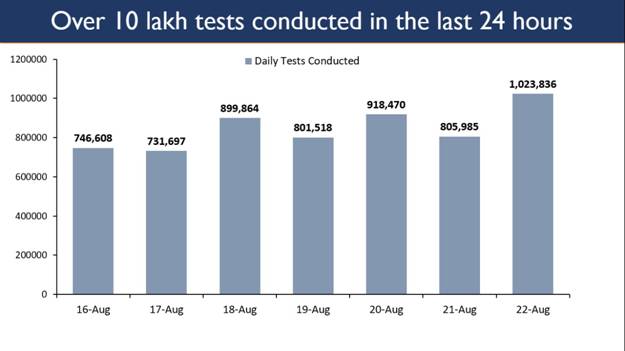 India has conducted 1 million tests in the past 24 hours having a determined, focused, consistent and coordinated efforts of the Centre and the State/UT governments. With 10,23,836 tests done yesterday, India has achieved its resolve to test 1 million samples daily.

The number of daily tests has been increasing in a steep climb. Average daily tests during the past three weeks also strongly depict the progress made in enhancement of COVID-19 tests across the country. 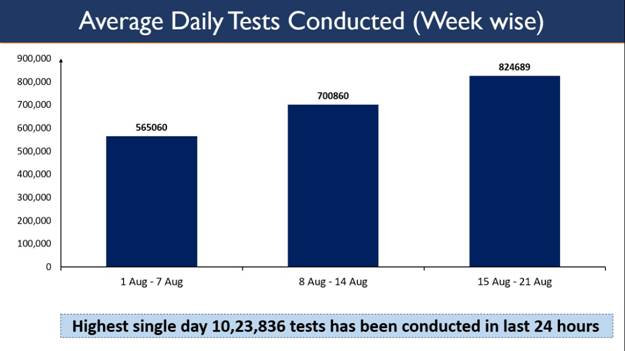 States/UTs have reported that they pushed aggressive testing. Although higher number of tests will initially lead to a rise in the positivity rate, it will eventually lower when combined with other measures such as prompt isolation, efficient tracking, and timely effective and clinical management.

Combined with enhanced testing, policy decisions of the Centre and the States/UTs have facilitated easy testing across the country. This has boosted the daily testing capacity.

Enhanced diagnostic lab network has also sided in this achievement. Today, the country has a strong network of 1511 labs comprising 983 labs in the government sector and 528 private labs listed on ICMR. These include: