A 24-year-old pregnant mother delivered “quadruplets” babies at All India Institute of Medical Sciences (AIIMS) Rishikesh on late Saturday evening. Doctors say that the babies were born out of cesarean delivery. All four babies are healthy and stable. They do not require any ventilation support.

Doctors at AIIMS Rishikesh said that it is a rare case as quadruplets are born once in every seven lakh births.

Dr Anupama Bahadur, Additional Professor at the department of obstetrics and gynecology led the surgery done along with the team of doctors from neonatal department.

“Patient hails from Uttarakhand and was referred from Doon Hospital. Doctors at Doon hospital suspected her for having triplets with multiple health complications. She was anemic and hypothermic with high risk of pregnancy,” said Dr Bahadur.

Read more: Termination Of Pregnancy Rules Going To Be Amended In Next Parliamentary Session

She added, the woman had previous abortion and this pregnancy was a result of ovulation induction. 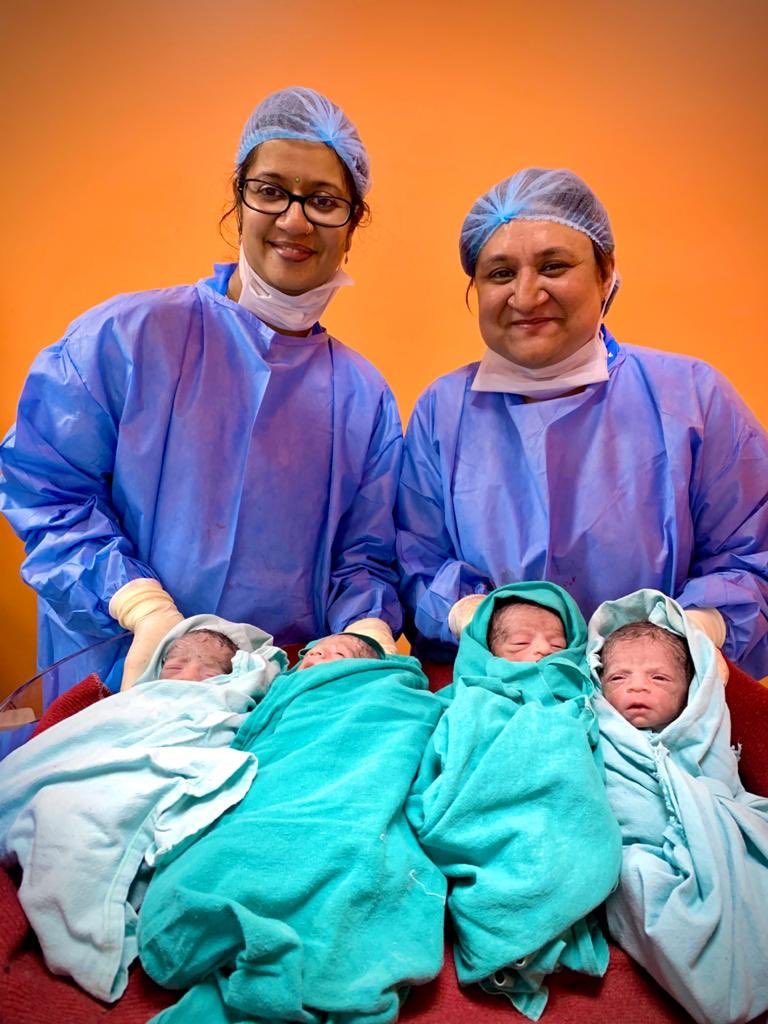 “Her investigations here revealed that she was having quadruplets babies i.e. four offsprings instead of three babies.  As she was anemic, we gave her three units of blood. And in a planned way, we performed cesarean delivery and babies were born in order of—Female, Male, Female and Male. Both mother and babies are doing fine and did not require any medication,” informed Dr Bahadur.

Tags:
Previous Article
Rumors, Trolls And Misinformation Getting More Contagious Than Coronavirus Itself
Next Article
A Phone Blasted In The Mouth Of A Yemen Man, Indian Docs Gave Him New Life