Sixteen-year-old boy, Mohan Singh, a student of class 12th from Pithoragarh, Uttarakhand became giant and touched the height of 7-feet-4-inches weighing up to 113 kgs because of growth hormone-secreting tumor. The reason of the tumor is unknown yet. He underwent a successful surgery at All India Institute of Medical Sciences (AIIMS). 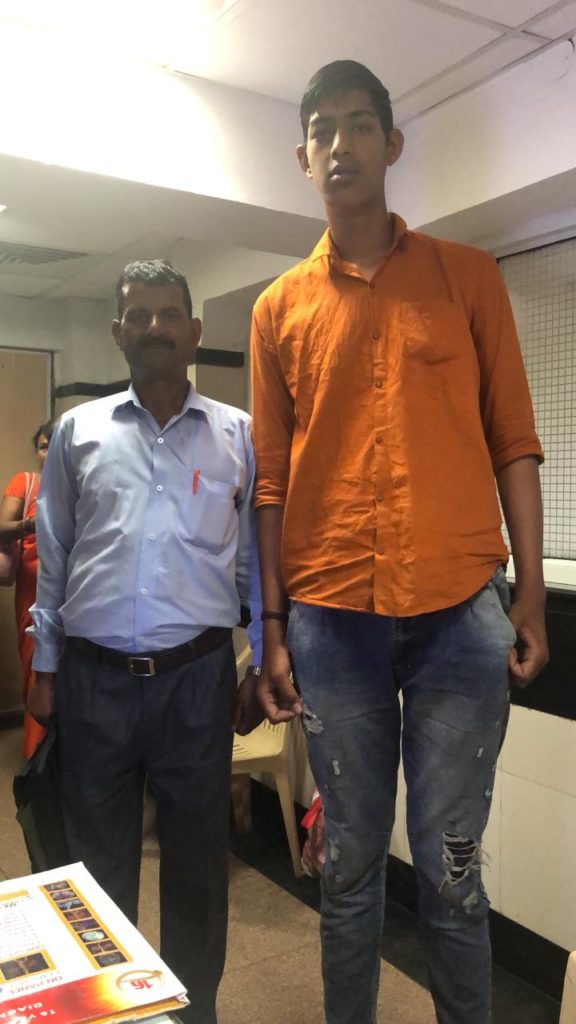 Mohan and his Father, Mahadev Singh

This is a rare condition in children and known as Acromegaly (gigantism in children). Under this condition, whole body or some parts of body grow larger than normal especially the hands and feet. Most of the Acromegaly is caused by growth hormone-secreting tumor. Such kids look giants but they are weak.

As per international media, World Wrestling Entertainment (WWE) star ‘The Great Khali’ was also the case of Acromegaly. It was reported in the media that he underwent a surgery to get the tumor removed. Mohan became giant too because of Acromegaly.

“We were under the impression that 6 feet height is normal among humans. He started growing beyond normal height in the last three or four years. We had to renovate our house, washrooms and arrange his shoes on customization from Meerut, Uttar Pradesh. We had to place order of XXXXL size shirts for him on customization from Sarojini Nagar Market, Delhi”, said Mahadev Singh (Mohan’s Father).

Mahadev Singh explained that how Mohan started feeling singled-out also being taller than others. He said, “The cobbler at Meerut shoe market wanted to measure the right size of his feet for customizing the shoes. We had to visit his shop. As soon as we reached there, people gathered to spot his sight. Many of them took a selfie with Mohan. It was a moment of surprise and fun for the people but Mohan did not feel good after it. Such incidents of taking selfies happened many times. After that he started avoiding to go out because of his abnormal height.”

Read also: How Your Idea of Keeping Kids Busy With Screens is Spoiling Their Health?

Mahadev Singh said, “Mohan walks for almost 14 km everyday passing through the hills to attend his school. For the last five months, he started feeling dizzy and complaining pain in the head. Local doctor advised us to go for CT and MRI scanning. He was diagnosed with the tumor in the scanning. Doctors referred him to AIIMS for advanced treatment.”

Doctors at AIIMS Gave A Big Relief to Mohan and His Father: 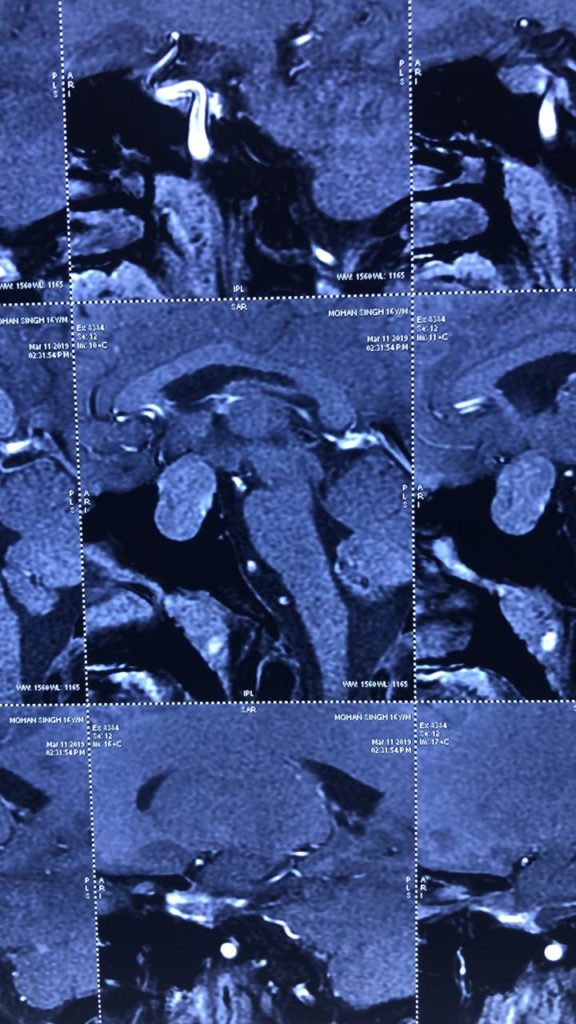 “After the tumor was removed, the growth hormones have come down to normal indicators. Soft tissues and weight will decline in sometime, but height will remain the same,” said Dr Chandra, who conducted the two-hour long surgery along with three surgeons.

Dr Chandra further explained, “It is a non-genetic health issue and very uncommon. It happens before the completion of the growth hormone. If a person develops a Growth Hormone Secreting (GHS) tumor in the pituitary gland, he starts growing tall.”

Tags:
Previous Article
Fact Check About Ban On Smokeless Tobacco Products In India
Next Article
Debate On E-cigarettes In India is Gaining Momentum